skip to main | skip to sidebar

A whole lot happened during the summer months. Went bizarre and sold my historic 911 to a fellow hobbyist. I'm sure he had a fantastic time with it over the weekends this summer. I think my cup had become full with that car. Even though it was a fantastic ride, it was nowhere perfect by any standards... Then again, a true riders car should not be perfect?

After closing the deal with the 911, I went ahead trying to find an early Type2 bus, but that seemed to be very difficult. I did not have enough funds after selling the porsche to buy a decent bus!!! That is mad I tell you. There were some projects that could have been great when finished but my current plans did not include welding anymore... So I loosened my radar a bit and went to see some beetles and bumped into a 62 athrazite which was for sale at Kuplapaja. For some odd reason it really hit me hard and I closed a deal on it day later and went driving to the sunset with a smile on my face! I must be a loony but driving an early beetle gives me so much more kicks than a 911. After tuning the stance a bit and maybe giving the engine some kicks we can really see how that car behaves. The seller Jussi actually pointed out that it was stored as "a good launch platform for a stroker engine". 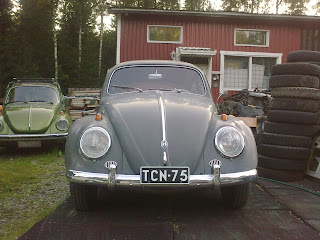 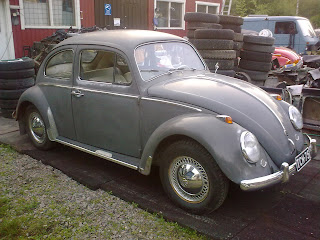 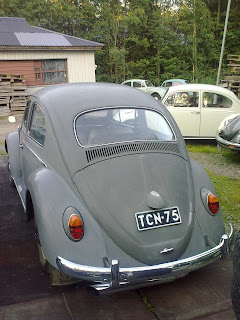 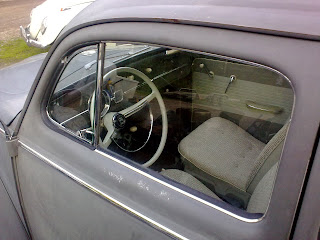